The Gold Standard for Sleep Centers

The Center for Sleep Medicine at Overlook Hospital in Summit, NJ, provides top-quality service through a rigorous training program and educating the public about the importance of diagnosing sleep disorders.

Possessing a sizable, vibrant pulmonary department, Overlook Hospital in Summit, NJ, was understandably attracted to the idea of launching a sleep center. And not just any sleep center, but one far enough on the cutting edge to handily win recognition as the area’s de facto gold standard of care.

The physicians behind this proposed endeavor sat down and thought about the steps that would be required to turn their dreams into an actual functioning, profitable facility. They were crestfallen to realize that their resources were woefully lagging and were forced to conclude that putting up their own sleep center made no economic sense.

Happily, however, a New Jersey company stepped in with an offer to create that very sleep center on behalf of Overlook Hospital, and provide at its own expense all the equipment, technologists, and billing and marketing support in exchange for a share of the income generated once the center became operational. For its part, the hospital would have to invest dollars to construct and furnish the center to keep the lights burning and hire clerical personnel to answer the phones and schedule the appointments. Best of all, the hospital was told to expect the sleep center to recover its investment within 18 to 24 months after admitting its first patients.

This sounded almost too good to be true. Overlook Hospital then decided to very carefully look over the company making this offer—SleepTech LLC—and visit several of its established sleep centers elsewhere in Connecticut and the Tri-State Region.

“This was nearly 4 years ago and at the time, SleepTech had about a dozen centers; the ones we toured immediately impressed us with how quality-driven they were,” remembers Overlook Hospital’s Federico Cerrone, MD, who is the facility director and medical advisory board chief along with Jeffrey Nahmias, MD (counting Cerrone and Nahmias, the center is staffed by six board-certified, sleep-medicine physicians). “All of the equipment was up-to-date, the technologists and staffs were highly educated, and the centers were under the direction of top physicians in the sleep medicine field.”

A deal was soon made and in early 2002, what became known as the Center for Sleep Medicine at Overlook Hospital opened amid great expectations. “We began with four beds, and by the end of this year, we’ll be up to 10, making ours one of the largest sleep centers in the state,” Cerrone says. “Currently, we have six beds, which allows us to see an average of 36 patients per week.

“Right from the very first day, we’ve been providing a complete spectrum of sleep services. These include both daytime and nighttime studies as well as MSLTs (Multiple Sleep Latency Tests) for the full range of sleep disorders including narcolepsy and insomnia. We’re now widely recognized as a benchmark leader for a number of reasons, not the least of which are our quality assurance programs, quality scoring, and sound organizational structure.

“Already, word about us is spreading well beyond our immediate local area. As a result, we’re seeing an influx of patients from outside our area, which is gratifying because it means they see us as a center of excellence and are bypassing centers closer to where they live in order to come here. Obviously, they’re convinced that this is where they’ll receive the best possible care and the attention they deserve.”

Four-Star Hotel
SleepTech was founded approximately 12 years ago by Patricia and Vyto Kab and set out to establish a network of full-service sleep centers, as distinct from mere sleep-apnea testing laboratories, which then (as now) dominated the landscape. Right from the beginning, SleepTech strived to build an organization embodying the greatest number of board-certified sleep physicians.

Cerrone demonstrates electrode placement and how the CPAP mask fits to a patient before a sleep study.

Located in the city of Kinnelon, SleepTech is currently the largest provider of sleep diagnostic, treatment, and related management services in the Tri-State Area with 21 centers and 125 employees. A strategy SleepTech has embraced to ensure success entails being choosy about the hospitals with which it forms partnerships, according to the co-managing director, Vyto Kab. “Our concept works when our partners share the commitment to quality and service,” he says.

That factor is crucial because SleepTech does not want its centers to be just another place to send patients for a diagnosis. “We want all of our centers to be seen as ongoing resources to their communities and referring physicians for all aspects of care pertaining to sleep medicine,” Kab says.

Kevin Kelly, SleepTech’s chief financial officer, says the centers are very efficiently run—another key to success. Economies of scale are achieved by designing each facility with elements and operational features common to all, he divulges. “One trait in particular that they all share is that each facility is set up to be like a four-star hotel, although the aesthetics are unique from one center to the next,” Kelly explains. “As for equipment, infrastructure, and training, those are uniform across the board.”

SleepTech carefully assesses new technology for its centers, and does this in conjunction with input from the medical leadership of each facility. At the Center for Sleep Medicine at Overlook Hospital alone, some $200,000 has been spent on new equipment and technology since the doors opened, Kelly says.

“We plan on investing roughly that same amount within the next 6 months as we expand,” he offers. “In addition, we’re planning to provide the added-value capability of accessing patient data remotely, which we feel will make our processes as physician-friendly as possible.”

Rigorous Training
SleepTech officials credit their centers’ success to aggressive efforts at recruiting technicians and a policy of providing them with rigorous special training. Thanks to the recruitment work, SleepTech now can claim that it employs the area’s largest numbers of respiratory care practitioners and registered polysomnographic sleep technologists.

“The majority of our trainees are respiratory therapists,” says SleepTech administrator Phyllis Cohen. “After we recruit, we train thoroughly. We have a program designed to produce registered polysomnographers. We also have multiphased training to provide our technicians with expertise appropriate to the many different disorders they will encounter at the sleep centers.”

Cerrone and a sleep technician prepare a patient for his sleep test.

Kab reveals that the training starts with 2 weeks of classroom instruction giving an overview of the various facets of sleep medicine. “Then it gets very specific to dealing with the equipment and placement of leads,” he says. “Next, the trainees are sent to the centers for hands-on instruction—two trainees under the supervision of one trainer—and are exposed to different sleep disorders.”

Following training and their assignment as regular staff, each technologist is given a narrow set of duties. “At other organizations’ centers, I have observed that techs are typically required to wear many hats—one minute they may be involved in scoring, the next in sleep studies, then scheduling patients, and later repairing faulty equipment,” Kab says, hinting that such a practice is ill-advised. “We believe in dedicating individuals specific to each of those tasks. This practice guarantees attention to detail and a great deal of patient satisfaction.”

Overlook Hospital and SleepTech know patients are satisfied because satisfaction surveys are routinely given to patients upon discharge. “Every patient is encouraged to fill out a customer satisfaction survey,” Cerrone says. “They are asked to rate not only the center, but the scheduling process, the technologist, and all aspects of their study.”

Roughly two thirds of patients seen at Overlook come by way of a physician-originated referral, Cerrone tells. The remainder—and this portion is rising—arrive as a result of a patient-originated physician referral or a self-referral.

Potent marketing is partly the reason for that. “Our marketing focuses on educating the referring physician population in peer-to-peer outreach,” Kab says. “For example, the medical director of each center will go into the community and meet with referring physicians individually and in groups to present our message. Through our consulting arm, SleepTech Consulting Group, this consortium of physicians called “The SleepTeam,” which is managed by our consulting group, also provides expert services to our interpreting physicians. This group of nationally recognized speakers conducts grand rounds where they discuss sleep medicine at our centers.”

SleepTech also educates via CME programs for primary care physicians and other types of practitioners who are in a position to make referrals. Recently, as one illustration, SleepTech organized a 1-hour Internet Webcast. This Webcast was also available for up to 1 year either On-Demand over the Internet or via CD-ROM. Participating doctors enhanced their knowledge of managing sleep apnea syndrome while learning about what SleepTech’s centers can do for them and their patients.

Individual centers are at liberty to augment SleepTech’s marketing efforts with outreaches of their own, as Cerrone has done at Overlook Hospital. Thus, from time to time, he ventures out to factories and office complexes to talk to executives and workers alike about sleep disorders.

The Local Gold Standard
One of the messages both the hospital and SleepTech emphasize in their marketing is that 90% of people who most likely are suffering from a sleep disorder have yet to be diagnosed, which is a finding of the National Sleep Foundation. It is a statistic driven home by a recent sleep apnea study involving professional football players. The chief lesson of that research, which SleepTech spearheaded and which found its way to the New England Journal of Medicine, was that to the surprise of many, even strapping, ostensibly healthy gridiron greats suffer from this potentially life-threatening condition.

“The study helped identify a big population of young, professional athletes who experience sleep apnea,” says Kab, who is intimately acquainted with the study population by dint of his years as a National Football League tight end for the Philadelphia Eagles, New York Giants, and Detroit Lions. “Because our study looked at a high-profile group, it attracted a remarkable amount of attention. It caused many people who themselves are relatively young and healthy to wonder if they too might have sleep apnea. After all, if professional football players experience it, why wouldn’t they?

“Our success with the NFL study proved there is a need to promote awareness to both physicians and the general community about the effects of sleep disorders. Sleep disorders are treatable, and that’s what we want people to understand; also that they should get help right away and that our centers are the place to get it.”

Looking ahead, Overlook Hospital sees a bright future for its Center for Sleep Medicine. “This is a highly competitive market, heavily saturated with existing sleep-service providers, with new providers opening up all the time,” Cerrone says. “That’s why we are particularly proud to be considered the gold standard in this area. With the support of a high-quality turnkey organization like SleepTech, we’re offering world-class sleep studies, delivered under the direction of well-credentialed physicians, using excellent protocols, and with top-notch quality-assurance programs in place. This is everything we had hoped for.”

Rich Smith is a contributing writer for Sleep Review. 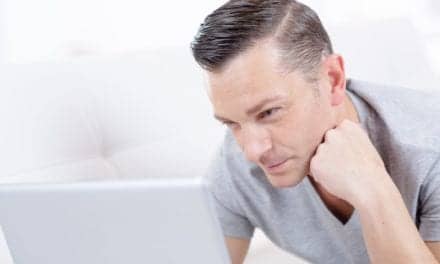