Schumer: Sleep Apnea Testing Programs for Railroads Must Finally and Immediately Be Implemented

“Enough with the one-off approach to passenger rail safety,” says Sen Charles Schumer in a release. “For too long, what has been happening is this: a derailment occurs and then that one individual system promises a change, but then nothing is done. Railroads aren’t heeding lessons from other railroads and that’s unacceptable because we are talking about keeping the riding public safe from injury and even death. We need sleep apnea testing programs and inward facing cameras installed—and more. And we need it done now.

“When critical safety standards, long promised, have been stuck on the tracks it’s time for action, not traction. The most recent LIRR derailment in Brooklyn only increases the urgency to rapidly implement new safety precautions for the riding public. We need a culture of safety across the rail industry, and not more excuses or delay.”

Specifically, Schumer says that the National Transportation Safety Board (NTSB), the nation’s premier safety organization, should launch a thorough examination into which passenger railroad systems have yet to launch sleep apnea testing programs and install inward facing cameras—and then publicize the report for all to see.

For years, the NTSB has recommended sleep apnea testing and inward-facing cameras, however, some rail lines (including the LIRR) have yet to perform a single sleep apnea test, according to Schumer’s press office. Schumer says, “It appears that safety managers at too many railroads are themselves asleep at the switch when it comes to protecting commuters from known threats like sleep apnea.”

Moreover, despite the MTA’s 2014 announcement that inward facing cameras were to be acquired and installed, it is not confirmed whether the derailment train had inward cameras onboard. Schumer says the NTSB must investigate and publicize which railroads are playing a one-off approach with safety.

On January 4, a LIRR train originating from Far Rockaway derailed at Brooklyn’s Atlantic Terminal, injuring 103 people. According to the National Transportation Safety Board, the train was traveling at more than 10 miles per hour when it hit a bumping block at the end of the tracks and crashed into a small room, causing the first two cars of the train to derail. The speed limit at this portion of the tracks is 5 miles per hour. According to reports, the engineer operating the train said he could not remember the crash. The engineer began his shift around midnight, while the crash occurred around 8 am.

Schumer says the MTA has been slow to heed the NTSB’s expert safety recommendations and conduct sleep disorder testing and treatment, and has generally only done so in a reactive way to deadly accidents. In December 2013, a Metro-North train derailed near Spuyten Duyvil, killing 4 people and injuring 60. NTSB determined later that the conductor of the train had sleep apnea, which had caused him to fall asleep at the controls. Following the deadly accident, the NTSB again recommended that Metro-North and LIRR develop protocols for screening employees for sleep disorders and ensuring that any employees diagnosed with such a disorder, like sleep apnea, receive the treatment they need. Since then, Metro-North has taken steps to implement new safety procedures that will screen 410 engineers and 20 engineers-in-training. Under Metro-North’s recently announced pilot screening program, engineers will undergo an initial screening, based on industry best practices. Any engineers recommended for additional screening will undergo additional testing, and if needed, employees will be referred to sleep specialists for additional testing or treatment. However, despite this action by Metro-North it took over two years for LIRR to agree to take similar steps—despite consistent urging from Sen Schumer—and even now LIRR has still not fully implemented an effective program, Schumer states.

Sleep apnea also played a role in the derailment of a New Jersey Transit train at the Hoboken Terminal that killed 1 person and injured 114. In addition to those two incidents, there are a number of other accidents, including the May 2008 derailment of an MBTA train in Newton, Mass, that have been at least partially linked to sleep apnea. In fact, nearly 20% of the major investigations completed by NTSB between 2001 and 2012 identified fatigue issues as a probable cause. Schumer was also careful to point out that employees who suffer from sleep apnea should not be harmed by policies like these. In cases where an employee suffers from sleep apnea the condition should be treated, and the railroad should ensure the employee is placed in a comparable position that doesn’t jeopardize safety.

“What exactly was happening in the cab in the moments leading up to—and during—the crash? We don’t know, because inward facing camera was not yet installed,” says Schumer.

Schumer says the most recent LIRR derailment once again highlights the lack of culture of safety on our rails. In his letter to the NTSB, Schumer called for a comprehensive safety review of passenger railroads’ efforts to implement critical safety initiatives like sleep apnea testing and inward facing cameras. Schumer says that following the review, the NTSB should provide Congress and the public with a comprehensive report on the extent to which passenger rail systems are implementing these recommendations.

A copy of Schumer’s letter is below:

We write to request that the National Transportation Safety Board (NTSB) undertake a comprehensive safety review of passenger railroads efforts to implement critical safety initiatives, specifically: sleep apnea testing and inward facing cameras. As our nation’s premier transportation safety agency, charged with conducting objective, independent, and fair investigations we’d ask that you use that authority to immediately begin a comprehensive review of this issue. For years the NTSB has recommended sleep apnea testing, comprehensive fatigue risk management programs, and inward facing cameras and recently the Federal Railroad Administration, the key regulatory agency on this issue, took the important step of issuing Safety Advisories on both of these issues as well.

Yet despite these strong recommendations from both NTSB and FRA, there continue to be reports and investigations that reveal that sleep apnea is at least a partial cause of a number of rail accidents. Furthermore, even when sleep is not identified as a cause, often times the public and safety regulators are left with more questions than answers because of a lack of inward facing cameras in cabs. In an attempt to address this issue as quickly as possible, we’d urge you to take a deeper, industry wide, look at this issue. Following that review, we’d ask that you provide both Congress and the public with a comprehensive report on the extent to which each passenger rail system is implementing these important recommendations.

As you are aware, sleep apnea was a factor in the December 2013 Spuyten Duyvil derailment in which 4 lives were lost and 61 passengers were injured. Sleep apnea also likely played a role in the recent derailment of a New Jersey Transit train at the Hoboken Terminal that killed 1 person and injured 114. In addition to those two incidents, there are a number of other accidents, including the May 2008 derailment of an MBTA train in Newton, MA that have been at least partially linked to sleep apnea. In fact, nearly 20 percent of the major investigations completed by NTSB between 2001 and 2012 identified fatigue issues as a probable cause.

In addition to these clearer cases, there are also a number of incidents that have gone unexplained. For example, the engineer involved in the deadly derailment of Amtrak Train 188 was distracted in some manner, but because there were no inward facing cameras in the cab we’ll likely never know if sleep, radio communications, or some other form of distraction played a role. Similarly, something clearly went wrong in the cab of the recent Long Island Railroad derailment at Atlantic Terminal in Brooklyn. However, in this case, just like in the Amtrak derailment, the engineer involved said they simply did not remember what happened. To help address issues like these, inward facing cameras can be a powerful tool that can shed a clearer light on the circumstances in the train cab just prior to a crash.

While we are aware that you’re supportive of both of these safety initiatives, we remain concerned about railroads unacceptably slow progress at implementing these recommendations. Recently the FRA issued safety advisories on both of these issues, and that was an important step, but we’ve continued to hear reports of very little progress being made by railroads in actually implementing these initiatives. While we understand the challenges involved and respect the need to implement these programs in a way that does not unduly harm the men and women who work for our rail systems, we still believe adamantly that something must be done. What’s even more concerning than the slow progress railroads are making, is an apparent growing trend of railroads pledging to implement sleep apnea testing and inward cameras only after a derailment has occurred on their system. Passenger railroads should be able to heed the lessons of other passenger railroads, and each of them should be taking steps to implement these two important provisions as quickly as possible.

The NTSB has a long history of strong and independent safety advocacy. In that light, we ask that as you examine this Long Island Railroad derailment you broaden your scope. We strongly urge you to not look at this derailment just as an isolated incident, but rather to take a thorough examination of all passenger railroad systems and make publically available to extent to which they’ve put in place inward facing cameras and robust sleep apnea testing programs. 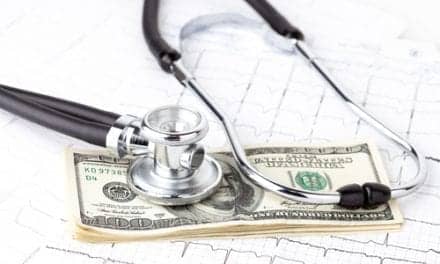