Without Determining Liability, Jazz Pharmaceuticals Agrees to Pay $57 Million to Resolve US Government Allegations that It Paid Kickbacks Through Copay Assistance Foundation

Jazz Pharmaceuticals plc has agreed to pay $57 million to resolve allegations it violated the False Claims Act by illegally paying the Medicare or Civilian Health and Medical Program (ChampVA) copays for its own products, through purportedly independent foundations that the companies used as mere conduits.

The claims resolved by the settlement are allegations only; there has been no determination of liability. Jazz Pharmaceuticals did not return a request for comment.

When a Medicare beneficiary obtains a prescription drug covered by Medicare, the beneficiary may be required to make a partial payment, which may take the form of a copayment, coinsurance, or a deductible (collectively “copays”). Similarly, under ChampVA, patients may be required to pay a copay for medications. Congress included copay requirements in the Medicare program, in part, to serve as a check on health care costs, including the prices that pharmaceutical manufacturers can demand for their drugs. The Anti-Kickback Statute prohibits a pharmaceutical company from offering or paying, directly or indirectly, any remuneration—which includes money or any other thing of value—to induce Medicare or ChampVA patients to purchase the company’s drugs. This prohibition extends to the payment of patients’ copay obligations.

“Pharmaceutical companies undercut a key safeguard against rising drug costs when they create assistance funds to serve as conduits for the companies to subsidize the copays of their own drugs,” says Jody Hunt, assistant attorney general of the Department of Justice’s Civil Division, in a release. “These enforcement actions make clear that the government will hold accountable drug companies that directly or indirectly pay illegal kickbacks.”

Andrew E. Lelling, US attorney, says, “We are committed to ensuring that pharmaceutical companies do not use third-party foundations to pay kickbacks masking the high prices those companies charge for their drugs. This misconduct is widespread, and enforcement will continue until pharmaceutical companies stop circumventing the anti-kickback laws to artificially bolster high drug prices, all at the expense of American taxpayers.”

Jazz entered into a 5-year corporate integrity agreement (CIAs) with the Office of the Inspector General (OIG) as part of its settlement. The CIA requires it to implement measures, controls, and monitoring designed to promote independence from any patient assistance programs to which it donates. In addition, it agreed to implement risk assessment programs and to obtain compliance-related certifications from company executives and board members.

Jazz sells Xyrem, a narcolepsy medication with gamma hydroxybutyrate (GHB)—a central nervous system depressant and controlled substance—as its main active ingredient. The government alleges that, in 2011, Jazz asked a foundation to create a fund that would pay the copays of Xyrem Medicare patients and that the foundation agreed to establish a “Narcolepsy Fund,” to which Jazz became the sole donor. The government alleged that Jazz knew that, although Xyrem accounted for a small share of the overall narcolepsy market, the fund almost exclusively used Jazz’s donations to pay copays for Xyrem and required non-Xyrem patients on competing products to obtain a denial letter from another assistance plan before helping them. The government further alleged that, in conjunction with establishing this fund, Jazz made Medicare patients ineligible for Jazz’s free drug program and instead referred Xyrem Medicare patients to the foundation, enabling Jazz to generate revenue from Medicare and induce purchases of the drug, rather than continuing to provide these patients with free drugs. Meanwhile, Jazz raised the price of Xyrem by over 150% from 2011 through the end of the relevant time period.

Jazz also sold Prialt, an injectable severe chronic pain medication. The government alleged that Jazz asked the same foundation to create a fund ostensibly to assist patients with the copays of any severe chronic pain drugs, but which, in practice, almost exclusively paid Prialt Medicare copays.

The government says the matter’s resolution illustrates the government’s emphasis on combating healthcare fraud. Tips and complaints from all sources about potential fraud, waste, abuse, and mismanagement, can be reported to the Department of Health and Human Services at 800-HHS-TIPS (800-447-8477). 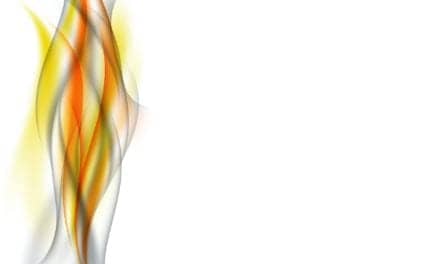