A report from USA Today explores a Government Accountability Office (GAO) report that blames fraud and abuse for the boost in Medicare spending on home health services. This follows an October 2008 announcement by the Office of Inspector General (OIG) to investigate the appropriateness of Medicare payments for both sleep studies and CPAP devices as part of its work plan for FY 2009.

According to USA Today, the GAO report details a 44% increase in Medicare spending on home health services from 2002 to 2006, blaming much of the jump on providers’ exaggerated patient medical conditions, billings for unnecessary services, or care they did not provide.

“The GAO reviewed home care payments from 2002 to 2006, when spending reached 13 billion,” says the article. “The number of Medicare enrollees using in-home services rose 17% during that period to 2.8 million.”

“The growing tab for home care in some states—coupled with big jumps in the number of providers—is a concern,” William Dombi, vice president for law at the National Association for Home Care & Hospice, told USA Today. “We know from our own experience that kind of growth usually indicates something is wrong.”

According to USA Today, the GAO recommends a consideration of criminal background checks for home health providers.

Dombi is not without concerns about the reaction that could follow the GAO report.

“In 1997 Medicare spent $17.1 billion on home health care for about 3.6 million people,” Dombi tells USA Today. Citing a series of GAO reports put out in the late 1990s that questioned improper payments, Dombi told the news source that the system overreacted to the GAO reports. “Spending fell to about $9 billion in 2000 and home care served about 2 million people. … There were bona fide people … entitled to home health services who couldn’t find it.” 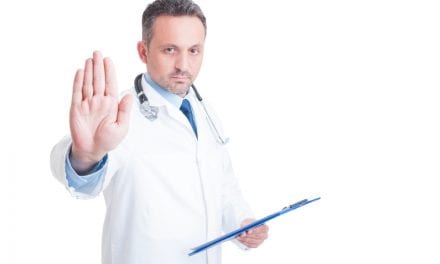 AASM and AMA Advocate to Block Dentists from Diagnosing OSA