The European Commission has fined the pharmaceutical companies Teva and Cephalon €60.5 million (~US$73 million) for agreeing to delay for several years the market entry of a cheaper generic version of Cephalon’s drug for sleep disorders, modafinil, after Cephalon’s main patents had expired. The agreement was concluded well before Cephalon became a subsidiary of Teva. The agreement violated EU antitrust rules and caused substantial harm to European Union patients and healthcare systems by keeping prices high for modafinil.

European Commission executive vice-president Margrethe Vestager, in charge of competition policy, says in a release, “It is illegal if pharmaceutical companies agree to buy-off competition and keep cheaper medicines out of the market. Even when their agreements are in the form of patent settlements or other seemingly normal commercial transactions. Teva’s and Cephalon’s pay-for-delay agreement harmed patients and national health systems, depriving them of more affordable medicines.”

Modafinil is a medicine used for the treatment of excessive daytime sleepiness associated in particular with narcolepsy. It was Cephalon’s best-selling product under the brand name “Provigil” and for years accounted for more than 40% of Cephalon’s worldwide turnover. While the main patents protecting modafinil had expired in Europe by 2005, Cephalon still held some secondary patents related to the pharmaceutical composition of modafinil, which aimed at securing additional patent protection.

[RELATED: In Healthy People, Modafinil Won’t Make You Smarter—It Will Do the Opposite]

The decision concerns a patent settlement agreement whereby Cephalon induced Teva not to enter the market with a cheaper version of modafinil, in exchange for a package of commercial side-deals that were beneficial to Teva and some cash payments. Teva held its own patents relating to modafinil’s production process, was ready to enter the modafinil market with its own generic version, and it had even started selling its generic in the United Kingdom. Then, it agreed with Cephalon to stop its market entry and not to challenge Cephalon’s patents.

The commission investigation has found that for several years, this “pay-for-delay” agreement eliminated Teva as a competitor and allowed Cephalon to continue charging high prices even if the main modafinil patent had long expired.

While generally patent settlements can be legitimate, the commission believes that the settlement agreement between Teva and Cephalon was not. Teva committed to stay out of the modafinil markets, not because it was convinced of the strength of Cephalon’s patents, but because of the substantial value transferred to it by Cephalon, according to the commission. The value transfer was mainly embedded in a number of commercial side-deals, which Teva would not have achieved without committing to staying out of the market.

The fines imposed on Teva and Cephalon are €30 million and €30.5 million, respectively, amounting in total to €60.5 million.

The infringement lasted, for almost all EU Member States and EEA countries, from December 2005 to October 2011, when Teva acquired Cephalon and they became part of the same group. 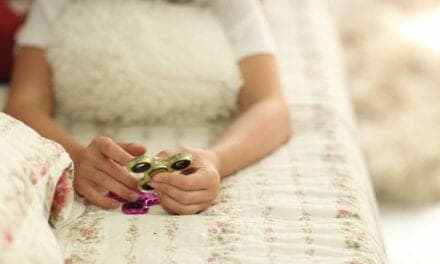 Benzodiazepines & Z-Drugs Up Death Risk When Taken with Opioids