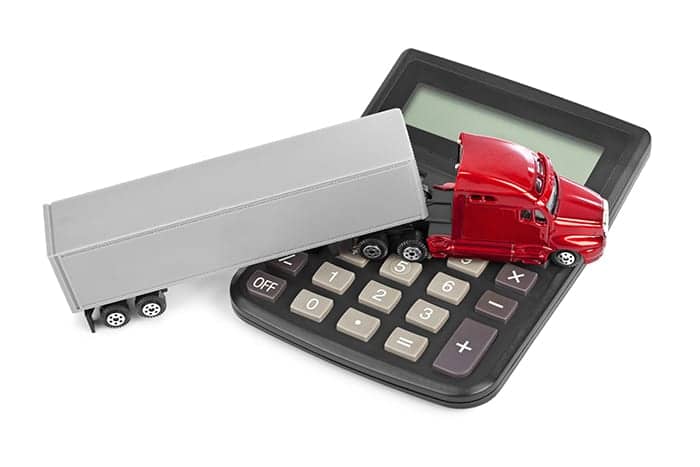 As rulemaking has been withdrawn, stakeholder conversation turns to the financial arguments surrounding the trucking industry’s incentives to voluntarily undergo systematic OSA screening, testing, and treatment.

Of transportation and logistics provider Schneider’s 15,000 driver associates, roughly 3,000 suffer from some form of sleep apnea.1

If undiagnosed, this could cause myriad problems for the associates’ health and the business, especially since many of these individuals are behind the wheels of commercial motor vehicles that can carry about 26,000 pounds of freight at any given time.

Although Schneider has since 2006 embraced the idea of screening its drivers for obstructive sleep apnea (OSA) to avoid accidents on the road, more than a decade later most in the trucking industry have not added such systematic sleep apnea programs. A common argument against them is that the screening and tests can be costly and unjustified.

In 2016, the US Federal Motor Carrier Safety Administration and Federal Railroad Administration took several steps toward creating clear rules surrounding commercial trucking and rail workers and OSA. The notice of intent for rulemaking cleared the Office of Management and Budget, an Advance Notice of Proposed Rulemaking was published, and the federal agencies solicited public input on potential impacts. Then in July 2017, the rulemaking process abruptly came to a halt. An issued statement said there was “not enough information available to support moving forward with a rulemaking action.” But proponents of regulation are still working to convince trucking companies that organized OSA management is a good idea.

Nathaniel Watson, MD, MSc, immediate past president of the American Academy of Sleep Medicine (AASM) and co-director of the University of Washington Medicine Sleep Center, says that while it was “disappointing” when rulemaking was withdrawn, he is hopeful that companies will eventually change their thinking.

He says another hurdle, aside from costs associated with screenings, is the idea that trucking companies could lose hours or days of work from its drivers as they undergo treatment. But he says existing pathways already exist to overcome this obstacle.

“It’s not as if there isn’t a pathway forward for these individuals to continue working,” Watson says. “They would rather ignore the problem than address it.”

The AASM’s operational medicine task force will continue to advocate for regulation as it relates to workplace safety, he adds.

A 2016 report from Frost & Sullivan, commissioned by the AASM, entitled the “Hidden Health Crisis Costing America Billions,” found that the average cost of a commercial trucking accident ranges from $97,000 for a small-sized truck to $512,000 for a medium-sized truck pulling two to three trailers. Costs for a fatal truck accident are much higher, averaging more than $7 million in associated costs, according to the report.2

The same report cites savings experienced by Schneider, which saw a 73% reduction in “preventable driving accidents” in 2012 alone.2

Those numbers do not include the healthcare cost savings from treating sleep apnea that Schneider reported. An average of $550 per driver per month was saved due to drivers who were diagnosed with OSA being treated with CPAP.2

Schneider’s stance on sleep apnea treatment is a rarity, Watson says. Schneider is the only trucking company Watson could think of offhand that has encouraged its drivers to be screened.

All drivers who are Schneider employees, once they complete their training, are screened for sleep apnea. For those at high risk, testing is the next step, at no cost to the driver. If the worker is diagnosed, Schneider connects the driver with its sleep apnea provider, Precision Pulmonary Diagnosis, which it has used for more than a decade.

“If you have sleep apnea, it’s not an issue as long as you’re treated and compliant,” says Tom DiSalvi, VP of safety loss and prevention at Schneider.

DiSalvi says he wishes more companies would screen drivers because it is a public safety issue that everyone would benefit from if better treatment options were available to drivers.

“Rather than looking at it as a cost, it’s really an investment because what we have seen time and again is [for] those with sleep apnea who are being treated and adherent to their treatments, their medical costs are much better, they’re feeling better, they’re happier about their job, and they’re more alert,” he says.

DiSalvi declined to say how many employees are screened each year or how much money the company spends on screenings.

Schneider, like other employers across all industries, does not provide health insurance (or, as follows, cover OSA management) for its independent contractors though.

The costs for drivers whose health insurance will not cover all of OSA diagnosis and treatment are where a big issue lies for trucking trade group Owner Operator Independent Drivers Association (OOIDA), which estimates the screening process could result in up to $7,000 in out-of-pocket expenses for independent operators.

OOIDA spokesperson Norita Taylor says via email, “Far too often, we get complaints from members that CMEs [certified medical examiners] require testing that is unnecessary and motivated by financial gain. Keep in mind that most health insurance does not cover OSA testing. For example, many times prior to any medical, physical examination such as taking blood pressure, a CME will not only insist on OSA screening but that it take place at a particular location they are affiliated with instead of what is workable for people whose living requires them to travel all around the United States. We also get complaints about the tendency to not provide an affordable range of options for testing and treatment.”

OOIDA is against adding regulations about sleep apnea, noting that “there are already federal regulations in existence that cover sleep apnea and any and all respiratory problems. 391.41(b) of the FMCSRs [Federal Motor Carrier Safety Regulations] states: ‘A person is physically qualified to drive a commercial motor vehicle if that person (5) [h]as no established medical history or clinical diagnosis of a respiratory dysfunction likely to interfere with his/her ability to control and drive a commercial motor vehicle safely.’ This is a part of the physical form that all medical examiners fill out when doing the routine physical that all drivers must go through to obtain or renew their CDL [commercial driver’s license],” Taylor says.

Michael Trufant, business unit manager of industrial markets at North Carolina-based Aeroflow Healthcare, which provides turnkey solutions to sleep apnea management and is a durable medical equipment (DME) provider, disagrees with OOIDA’s arguments and is still hopeful that regulation will eventually be passed. Trufant says, “Looking at the facts, we believe if a driver suffers from untreated sleep apnea, treatment can be life changing.” He cites a 2016 University of Minnesota study that found drivers with sleep apnea have a fivefold greater risk of serious preventable crashes.3 “We believe that a sleep deprived driver is an unsafe driver,” Trufant says.

As for the concerns of the costs to the business, Trufant says there are more risks “associated with not testing for sleep apnea.” While in-lab polysomnography can cost between $2,500 and $3,000, he notes that the alternative of home sleep testing, which costs about $250 in Aeroflow’s model, is a viable option for many truck drivers.

“Fatigued drivers cause more wrecks, which leads to higher insurance costs, higher repair costs, less time on the road—so less revenue,” he says. “A well-rested driver is a more productive driver….The cost associated with testing and treatment can easily be made up in the savings in collision costs, insurance claims, and lost driving time.”

Stephanie Forshee is a New York-based journalist. She writes for a variety of business-to-business magazines. 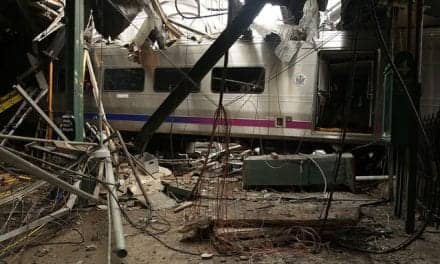 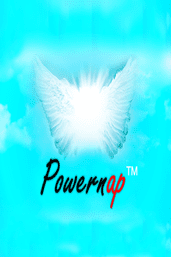