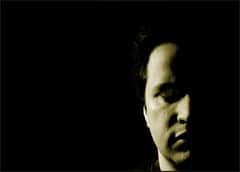 The risk that a health care worker may sexually assault a patient—or vice versa—is one from which no branch of medicine is immune. However, because of the intimate nature of sleep studies, it is a risk sleep center owners and managers must be especially cognizant of. To achieve good sleep study results, technicians and patients are required to interact in a bedroom-like setting where there is a certain amount of privacy. In addition, in some sleep studies, physicians prescribe pharmaceutical sleep aids that also can blur perceptions and leave patients unable to properly react to and fend off unwanted sexual contact, and you have a situation where an assault could happen.

While very rare, incidents of sexual assaults in sleep centers have occurred. John Mathias, president of Sleep Services of America (SSA), a sleep diagnostic services company with locations in seven states, knows this all too well. In February 2002, Mario Alberto Echeverri, a 53-year-old sleep technician at SSA’s Gaithersburg, Md, facility, was accused of touching a patient inappropriately during an overnight sleep study. Police investigated, and, although they did not find enough evidence to prosecute, there was enough evidence for SSA to fire Echeverri.

Unfortunately, at the time, there was not a state licensure requirement for sleep technologists in Maryland, so little record of the incident remained and Echeverri was subsequently hired by Dale M. Carafa, a medical industry contractor, who provided staff to Walter Reed Army Medical Center. In November 2002, Echeverri was warned about inappropriate contact with patients, said the Walter Reed sleep center commander Col David Kristo in an interview with The Washington Post. Then, on February 13, 2004, Echeverri was arrested and later convicted of disorderly conduct for fondling the genitals of a law enforcement officer. However, Walter Reed allowed him to continue working after his arrest, and, in April 2004, he fondled Cpl Matthew Burgess while Burgess slept. He later pled guilty to second-degree sexual abuse of Burgess.

For a sleep center service provider, like Mathias, an incident of an employee abusing a patient can be an upsetting betrayal of trust. “You would never want to think your employee would ever do that,” he says.

However, even more upsetting is to then discover that the employee was able to move on and abuse other patients at another sleep center. For Mathias, this is a danger to the sleep medicine profession and one of the reasons he joined with competitors to get a technologist licensure law passed for Maryland. “When this happened, I had nobody to report to,” he said. With licensure, there is a system in place besides police records to track and potentially bar from the profession technologists, like Echeverri, who have a proven history of inappropriate behavior with patients.

Currently, there is no national licensure system in effect for sleep technologists, but there are steps sleep center owners and managers can take to minimize the even small risk that something like the Echeverri or Amorsolo cases could happen at their facilities. The first is to conduct background checks on potential hires. These can run between $50 and $100 depending on the company providing the background check and the thoroughness of the investigation. “It is the best money a sleep lab can spend on a potential hire,” says Jayme R. Matchinski, a partner with the Chicago law firm Hinshaw & Culbertson LLP, who works with sleep centers on employment issues.

To avoid problems, make sure potential hires are aware that background checks will be done on them as part of the job application process and make them standard for all new hires.

READ BETWEEN THE LINES

Checking references is, of course, also a good idea, and pay attention if the former employer will confirm only the dates the person worked there. However, do not expect the former employer to directly warn you about a potential hire, or, if you are the former employer, feel obligated to caution the other sleep laboratory. There are laws against doing this, and they differ from state to state. “You have to be careful and know your jurisdiction,” Matchinski says, adding that she has seen cases where a fired employee had a friend or relative pose as someone calling for a reference in an effort to trick the former employer into saying something they should not. It is best to give references only when they are requested in writing on company letterhead, Matchinski says, and trust that another company will read between the lines when you will confirm only the dates of employment. “Make sure you are not on the hook for contributing to another lab’s negligent hiring,” she says.

However, even the best hiring practices in the world are not foolproof. Background checks can come up negative—even if there is an incident of patient abuse in the potential hire’s history—if an incident was either not reported to police or occurred in a jurisdiction not covered by the background check. That is why it is important to have a policy and procedure manual that covers sexual abuse incidents, both against patients and against staff, Matchinski says. “This is a good time to revisit your policy and procedure manual,” she says.

Should an incident occur, get authorities involved immediately, Mathias says. “The police were extremely professional in our case,” he says. “We had an investigator who was just terrific.” SSA also has a policy to suspend the technologist during the investigation. If the allegation is found to be untrue, the employee is compensated for the lost pay. “This is a protection for [the technologists], too,” Mathias says.

Using video monitoring during sleep studies is also a good idea, say both Matchinski and Mathias—as do 64.3% of Sleep Review readers who responded to an online poll on this topic in May. This protects not only patients, but also technologists who can be both the victims of abuse and can have their careers ruined by a false allegation of abuse.

In two other cases at SSA where patients alleged abuse (one sexual, one physical), the video record proved that the technologist had not acted improperly. In one of these cases, two parents claimed their child was physically abused. The police reviewed the videotape with the SSA management, and, while the child did have to be restrained during the study, it was clear that it was not abuse, Mathias says. Without the videotape, it would have been the word of the two parents against the single word of the technologist. “The videotape was both their and our protection,” Mathias says.

Matchinski and Mathias both add that in their experience, about 50% of sleep centers videotape studies. Matchinski recommends that even though state regulations generally do not require permission to videotape someone outside a home or private setting, because many people consider sleep a very private function, it is a good idea to have patients sign off on the videotaping of the study during patient intake procedures. She also recommends keeping the videotape of the study on file until after the patient or the patient’s insurer pays for the study. “The reason I say that, not to be cynical, but sometimes it becomes an issue if the patient files a complaint to avoid payment for the sleep study and related services,” she says.

Thinking about the prospect of an employee harming a patient—or a patient abusing an employee or lying about how they were treated—is unpleasant, and no responsible laboratory manager would say they have anything less than zero tolerance for such behavior. However, not all laboratories take steps ahead of time to protect themselves. It is important to consider the worst case scenarios and have both good hiring practices (including background checks), good monitoring technology, such as videotaping, and specific written plans in place just in case something should happen. Waiting for an incident to occur before doing this can cause big problems if an employee needs to be terminated or if the abused patient tries to also hold the laboratory liable. For the good of your patients, your staff, and your sleep center, be prepared for the unthinkable.

Lena Kauffman is a former editor of Sleep Review and a contributing writer to the journal. Contact her at.

ATS: DOT Decision to Withdraw Sleep Apnea Screening Puts Us All At Risk