A new study from scientists on the Florida campus of The Scripps Research Institute offers important insights into possible links between sleep and hunger — and the benefits of studying the two in tandem.

While many humans enjoy a daily caffeine fix, scientists have found that caffeine repels Drosophilamelanogaster—a species of fruit fly often used as a model for studying human conditions and genetics. Scientists believe that plants produce the caffeine molecule as a defense mechanism to prevent organisms such as fruit flies from eating them. Regardless of the cause of the fly’s aversion, caffeine does seem to negatively impact their sleep, much like it does in humans.

Caffeine is known to stave off sleep in humans through pharmacological effects on the adenosine receptor. Nonetheless, many studies in mammals have shown genetic differences in responses to caffeine. Interestingly, caffeine apparently can prevent sleep in fruit flies despite the fact that it doesn’t act through their adenosine receptor. 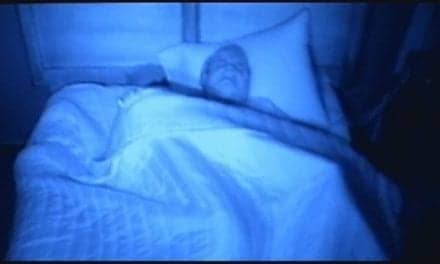 The Difference Between Obstructive and Central Sleep Apnea

Do You Need More Sleep After a Workout?