The number of Americans sleeping six hours or fewer each night is on the rise, reports the Smithsonian.

The findings, published in the journal Sleep, reflect a worrying trend of national sleep deprivation, specifically among African-American and Hispanic respondents. As Rodrigo Pérez Ortega writes for Science News, both groups report higher rates of inadequate sleep than their white counterparts.

Of those polled in 2017, 40.9 percent of African-Americans, 32.9 percent of Hispanics and 30.9 percent of Caucasians said they typically slept fewer than six hours per night. The rapid increase evident in these figures—up 6.5 percentage points amongst African-Americans and 7 percent amongst Hispanics from 2004—means these groups are not only suffering from a more severe sleep surfeit, “but at a faster rate over time,” says study co-author and University of Southern California gerontologist Jennifer Ailshire. From 2004 to 2017, the comparable percentage of Caucasians reporting so-called “short sleep”—six hours or fewer a night—increased by about 2 percent.

Get the full story at www.smithsonianmag.com 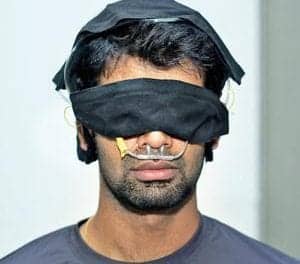 The Australian Bearded Dragon May Hold Secrets to Human Sleep

$10K Sleep Coaches Are Like Personal Trainers for Your Dreams