Inside the Hidden Bedrooms Where Cabin Crew Sleep: Flight Attendants Relax on Flat Beds Stowed Away in Plane Ceilings 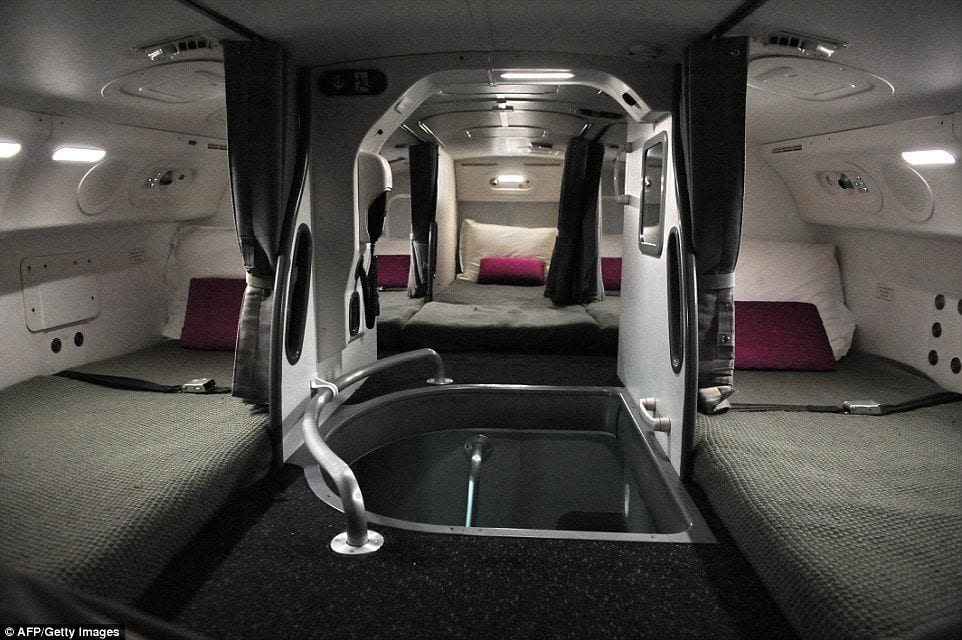 A report from the Daily Mail provides readers with a look at Crew Rest Compartments (CRCs), a set of windowless bedrooms for staff featured in many Boeing 777 and 787 planes.

One image of an American Airline’s Boeing 777 300 even shows staff members entering the relaxation areas through a hatch disguised as an overhead bin.

The accommodation is cramped and features an average of eight beds, depending on the airline.
On Boeing 777s, there are between six to ten beds, each containing storage space for flight attendants’ belongings during the journey.

This model of plane also includes a separate area for pilots, with two beds, two business-class seats and, in some airlines, a bathroom area with a sink or lavatory.

Some bays come with entertainment systems, a blanket, pillows and on occasion, pyjamas, with each bed separated by draped heavy curtains which muffle out the sounds of other crew.

Read the full story at www.dailymail.co.uk

Could Acting Out in Your Sleep Signal Future Brain Disease?

Mirapex: A Miracle Treatment with Troubling Effects for Some