Study reveals increase in insomnia and experts believe energy drinks and smartphones may be to blame, reports The Guardian.

Around 20% of teenage girls and 10% of teenage boys in Finland now suffer from chronic fatigue, according to findings from the World Health Organisation (WHO) and the National Institute for Health and Welfare. Researchers studied more than a million teenagers between the ages of 13-17 and found levels of insomnia at a record high. “We suspected that sleeplessness may have increased in recent years, but we never expected the findings to be so great,” said Erkki Kronholm, the senior researcher who led the study. “It’s thought that girls may be at greater risk than their male classmates due to hormonal changes during puberty, though we don’t yet know exactly how this affects sleep,” he admitted.

If You Have Sleep Apnea, Your Memory May Decline Earlier in Life

The Envelope, Please: The 2015 “Best of Class” Technology Awardees 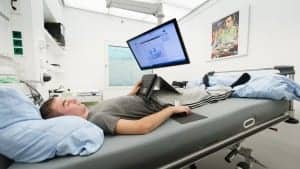