Current government advice is that mothers should try to exclusively breastfeed until around six months of age. However, 75% of British mothers introduce solids before five months, with a quarter (26%), citing infant night time waking as influencing their decision.

The current guidance on the NHS choices website state that starting solid foods won’t make babies more likely to sleep through the night. The UK Department of Health and Social Care advises that infants be introduced to solids when they are ready.

The Enquiring About Tolerance (EAT) study, which was funded by the Food Standards Agency and the Medical Research Council, took place at St Thomas’ Hospital, London, between January 2008 and August 2015.

Get the full story at medicalxpress.com

Sleep Drugs: What Every Woman Should Know

Grind Your Teeth? Night Guard May Not Be the Right Fix 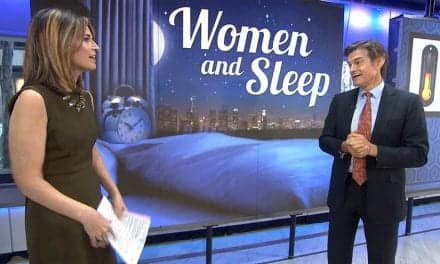 Tired of Tossing and Turning? Sleep Tight Every Night