A new startup is now trying to combat some of the impact of jet lag, reports Forbes.

Based in Denmark, ERW is the combination of chef Hannah Grant and sports scientist Stacy Sims. The pair met after working for professional cycling teams.

“The jet lag part was a massive problem for for the riders, the team and the staff,” Grant, who used to work at Copenhagen’s Noma restaurant, says. “We’ve designed a physiologically tailored three-step hydration solution that will combat the effects of travel fatigue, jet lag, and dehydration.” Grant and Sims, a senior research fellow at the University of Waikato in New Zealand, say that while their ‘My Flight Pack’ drinks were born out of creating products for elite athletes, they will also help people traveling long haul for business or holidays.

The company says both the Rest and Wake drinks use adaptogens – non-toxic plants that may have some beneficial impact on human health – to stimulate hormone production. These include herbs such as Ginseng. The term adaptogen was first introduced in the 1940s but scientific research on their impact on the human body has been limited. Experiments on animals have shown some adaptogens can regulate the impact of stress on the body.

Get the full story at www.wired.co.uk

Give the Gift of Sleep: Ten Dream Inspiring Presents by Rank & Style 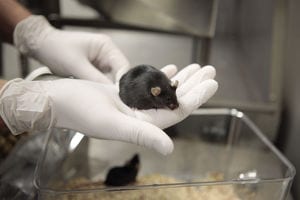 Which Came First? The Behavior Problems, or the Poor Sleep?